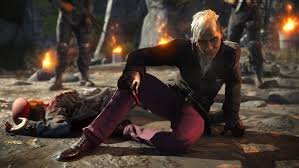 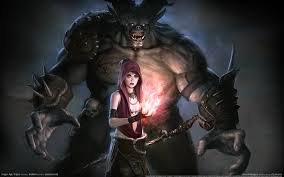 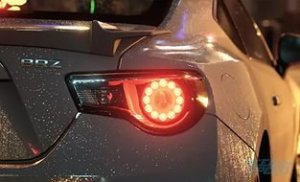 Появился официальный саундтрек Need for Speed 2015
В последние дни октября вышел официальный OST к самой ожидаемой гоночной аркаде...
LIVE: Interview with Camouflaj - Republique
Today, we finally have an interview from the developers Camouflaj created the best stelae game Republique, we were waiting for answers for almost a month. And today we'll learn how and what was done to the success of the games in the App Store.
AppDaily.ru: Hello, Republique gathered on Kickstarter more money than you expected, do you think that this is influenced by?
Camouflaj: We were one of the first big iOS Kickstarters and I think that was a big win for us. I hope that other people were inspired by our success. This would have been a very difficult game to make without Kickstarter, because there was no market research that suggested it was a sure thing. It was just a combination of our aspirations and a gut feeling that more traditional players would embrace a game of this style.
AppDaily.ru: Was invented the game itself Republique, it was the idea of one person or the whole team?
Camouflaj: Répbublique began as a thought experiment by Ryan Payton, Camouflaj’s founder. What if you were interacting with a series of AI characters on the other end of your phone, and making conversation choices like in a text adventure game, or Mass Effect? From there, it morphed into the game we have today, which is very much the result of a lot of people contributing across a variety of disciplines.
AppDaily.ru: When creating Republique what challenges did you face? Whether you have got all that you have in mind?
Camouflaj: The biggest challenge was definitely nailing one-touch stealth gameplay. We were committed from the very beginning to avoid virtual joysticks or buttons. We wanted to build the game around the platform, not shoehorn a game controller onto iOS like most AAA-style mobile games do. There were months when we weren’t sure we could pull it off. It came very down to the wire, and we were making design changes mere days before release.
AppDaily.ru: Why did you decide to break the game Republique the episodes? Reading different social networks many people don't like the idea, you are not afraid to decline in popularity of the game?
Camouflaj: Most of our Kickstarter backers have expressed a positive attitude towards our episodic approach since began talking about it on our podcast several months ago. We’ve seen it work in other games, most notably The Walking Dead. And I think République’s story lends itself well to that format. Honestly, the game’s scope ballooned during production, and what we had originally intended to be a 4-6 game will end up being a 10-15 hour experience across five episodes, and that extra content is something I think everyone will be pleased with.
AppDaily.ru: The further events develop hope? Will there be a hero or anti-heroes in the new episodes?
Camouflaj: The first episode our République is really meant to introduce the world and the characters. Players don’t learn very much about Hope – they just know they want to help her. As for the other characters, we’ll learn much more about their motivations and backgrounds as the story progresses. That’s all I can say – I want to keep players in the dark.
AppDaily.ru: With regard to the improvised hope that it finds: pepper spray, Taser! The new episodes will we see firearms or knives?
Camouflaj: Hope will have access to some new ways to defend herself, but we want to avoid traditional weapons like firearms and knives. There’s enough killing and shooting in other video games, and I don’t think it has a home in République. We want to keep the focus on Hope’s relationship with the player, and highlight the ways in which they work together to achieve a common goal.
AppDaily.ru: Can we tell how the game was created from the idea to hit Republique in the App Store?
Camouflaj: Surprisingly, the core concept of the game has stayed very much the same throughout development. In the very beginning, the focus was more on interacting with AI characters than through dialogue choices. As the team realized a more conventional approach to gameplay would be needed, we started exploring the stealth approach. But the initial prototype of République – a very simple game called "Project Binary” – and what we have today are very similar.
AppDaily.ru: Why the main character girl, not a young man? What is the reason?
Camouflaj: This is a question that we get a lot, and I’m not sure how to answer it. We wanted to tell a story about this person’s journey out of this dark place, and that person just happened to be a young woman! It wasn’t a calculated marketing tactic or gimmick.
AppDaily.ru: What to expect players in the new episode? New locations, new heroes, new opportunities, new history of the game?
Camouflaj: All of the above…and more. 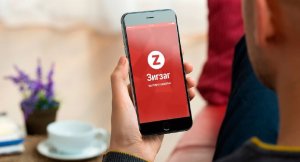